"Paint me a scene": How is VR storytelling different?

So far I have explored two core differences of VR storytelling – the user having a physical presence in the world, and the experience within this world requiring a label. This sense of belonging in the world can, as Kate Gray suggested, be overwhelming for certain individuals. Within this world there must be new styles, editing techniques, and story telling tactics. The camera cut no longer matters when a viewer can freely move their head.
The team at BBC Research and Development are currently exploring VR, experimenting with various techniques and applications. And after a short while Alia Sheikh, filmmaker at BBC R&D, found there was a solution within traditional theatre: “Consider a traditional theatre production which deals with a audience members – viewers –  that observe from a fixed location, who are only ever seeing a wide angle view and who have independent control over where to look. There are obvious commonalities with  VR and 360 experiences. We found that members of a theatre troupe are expert at directing attention across a field of view by using sound, lighting and visual cues, and an understanding of group behavior – using their own attention to direct the audiences.
“It’s these sorts of cues we need to be using in VR experiences. If every other person in a 360 scene looks to the left, in the direction of a sound cue, chances are, your viewer will look in that direction as well. But instead of the action feeling forced, it becomes natural, as if the viewer is discovering things for themselves.”
Here, Alia draws parallels between a play production and VR. With a viewer in control of their actions, VR must subtlely direct the viewer’s attention in the story, the same way a play does. If out of sight, a person is also out of mind – until they move, and they then become a point of attention. This cannot be shown with camera cuts or flashes, as they have to become a natural part of the scene. 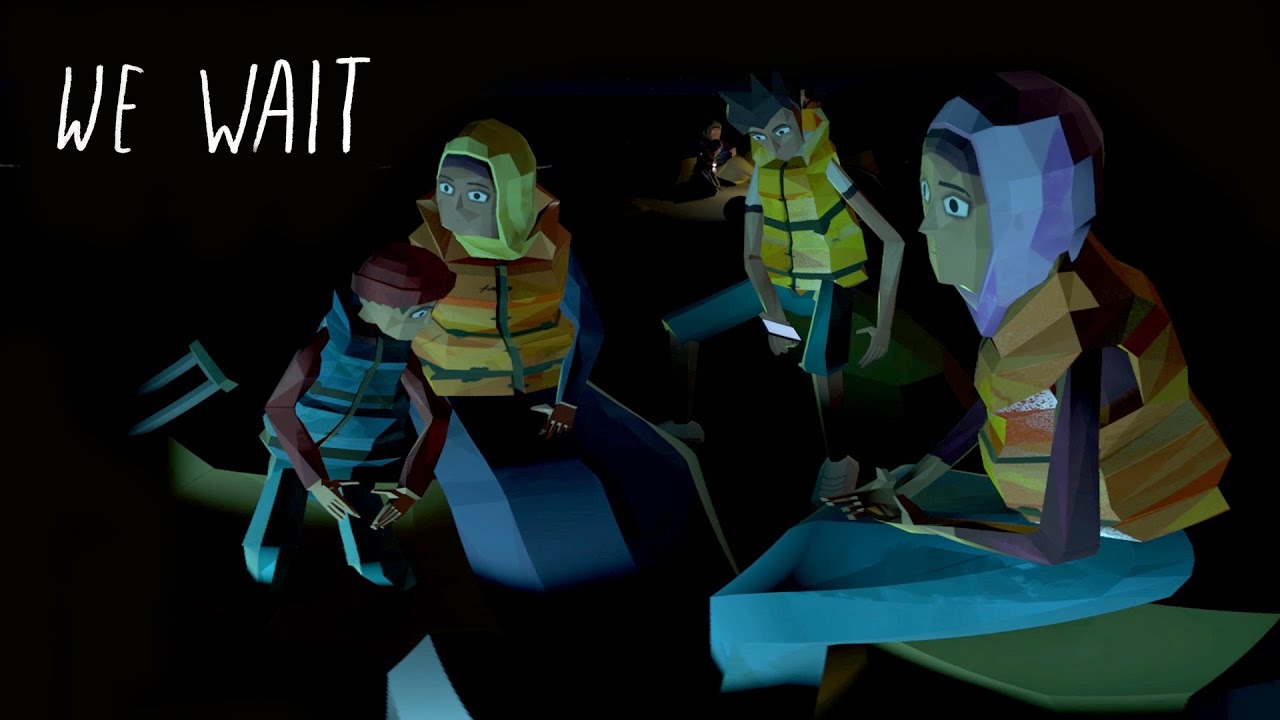 Immersive theatre is used by other companies as a term – Aardman used these same techniques in the production of We Wait. Earlier this year, Aardman collaborated with the BBC to collect the stories of migrants, and illustrated their flight from danger amidst the refugee crisis. We Wait follows a Syrian family about to embark on their second attempt to cross the sea to Greece, and the troubles they face.
Daniel Efergan, Digital Group Creative Director at Aardman, understands how the viewer personally connects to the experience: “With this piece we were interested in how the connection between our characters and their stories could be interlocked with the audience,  in particular using eye contact and other social interactions to drive greater emotional connection.  This was a chance to play with these situations, understand how they can be used to drive the story forward.
“When we were forming this narrative the press was full of stories around ‘the migrant crisis’, as it was dubbed, but we felt the coverage offered simplified views, gathered facts but ultimately a homogenous point of view that didn’t deal with the multifaceted issues, the wealth of wants, fears, and feelings of the many individuals affected by what was going on.  We hoped by telling a few personal stories we could add a little more to this important conversation.”
In We Wait, being shouted at and blinded by headlights makes a mark on the viewer, while being restricted to a singular spot makes the viewer feel more helpless than an omnipowerful God of War or Mother of Dragons. The abstract models added to the experience – by taking a less realistic approach, the production felt emotionally charged, more raw. A sense of place also contributed to the story’s engagement – as Daniel said, “a simple glance from another character seemed enough to draw the audience closer, more likely to follow a character’s story.”
All these examples all come together in some fascinating conclusions on how to tell stories through VR. Aardman, the BBC, and Breaking Fourth have all identified theatre techniques as a solid base for production. By inspecting how actors on a stage direct the viewer’s attention – movement, sounds, glances – the companies are finding ways to move the viewer’s head to where they want. The idea that VR is intrinsically different from films is vital – it is not a passive square to be watched, but an immersive production where the rules change. Visualise correctly identified this distinction and applied it to their own works, while Kate Gray points out that this feeling of immersion may be too much to some. I have said once before that a VR comedy show was the worst example of VR that I have seen – no engagement, or purpose, just merely an exploitation of a gimmick. Everyone who has contributed to this article understands that VR is far more complex than a simplistic gimmick, and knows how to utilise its  innovative aspects.
At the beginning of this article, I cited comparisons to the sound revolution in the film industry – the wild west of using new technology and finding ways to maximise its potential. VR is in the same role, and there is no doubt that the revolution shall come to an end with a bang and a Warner Brothers equivalent arising in a few years time. The question is one of application, and how these experiments in VR storytelling shall develop.
Written by Thomas Ffiske, Editor of Virtual Perceptions.